Is that a Llama in the race ?

“Is that a Llama or an Alpaca ?” I panted as running up the rocky trail.

They were Llamas and coming from South America much more suited to the rocky dusty trail than us runners. Heads held high as they were lead along on a halter, these wooly beasts were sure footed, calm and graceful. In comparison I was rock hopping, kicking up dust clouds and sweating enough to water the occasional grassy tuffs along the trail.

The Trailblazer 10k trail race was set deep within the Forest of Dean. The race briefing informed us of trees that had fallen down across our route overnight due to the gales, the Severn Bridge had also been closed. These trees provided additional obstacles to clamber over. There was a run down on local wildlife we could expect to see or encounter, where the water station & marshals were, which arrows to follow and to expect mud, dust, hills, heat and rough ground under foot. As you’d expect in a trail race but due to H&S the blooming obvious has to be stated – such as printed on a bag of peanut, Warning this bag may contain nuts !

This was a big race, runners set off in 8 waves with up to 100 in each wave. I headed out in wave 6 in the midday sun. Yes I saw plenty of mad Englishman and their dogs walking in the forest. The trail demanded your attention 95% of the time due to rocks, ruts, dust bowls, hollows, tree roots, badger sets, the fallen trees and wildlife.

On the occasions I got to look up through the forest I saw shy deer grazing well away from the trails and bold sheep and lambs wandering along the trails amongst the runners and sunbathing on the verges. The shade from the trees was welcoming as we twisted and turned through the maze of trees. When on open stretches of trail usually the uphill sections the sun beat down up on us and we were blinded by the reflection at times from the light coloured trails of sand & rock. There was a lot of “bugger bugger bugger” being chanted, a bit like Eddie Izzard on his Mandela Marathon documentary due to the rocks and rough ground under foot.

I was in the 65 minute group, this being my first trail 10k race I was hoping I’d keep with the pack.
So was chuffed to sweaty bits when I ran through the finish inflatable at 58:00. I had been tracking along in the heels of Clive for about 7k, he couldn’t shake me off and I didn’t have the pace to overtake him. As we rounded the corner in the last 100m I shouted to him our first spoken words – “don’t worry I’ve not got a Sprint finish in me!”. It would have been rude to have passed him on the line anyway.

Once we had handed in our timing chip, gulped water and coconut juice from our stuffed goody bags Clive and I spoke properly for the first time, thanking each other for the company & pacing even though we didnt speak we were in time with our steps. It too was his first trail race and we both agreed we’d be seeking out more as loved it.

It was a great first event for me, well organised by Runners World with generous goody bags from Helly Hansen the main sponsors, technical t-shirts that fitted and I wore in the race, good bling medal, plenty of water and really useful samples in the goody bag – water bottle, gels, coconut juice, Runners world mag, muscle rub, chaffing cream, tea bags, chewy bars and loads more. There was catering, massage, a beer tent a RatRace shop and plenty of toilets what more can you ask for ? Apart from 3G phone reception for tweeting but then we were deep in a forest 🙂

I had a really cool race number 8888 which got me a spot prize of a Buff or was that just I looked so sweaty I needed a mop before I drowned ?! 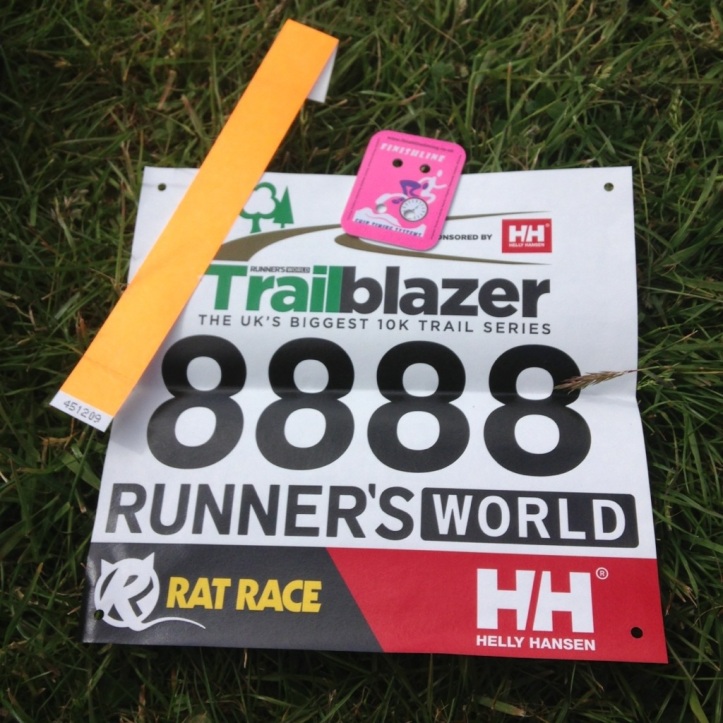 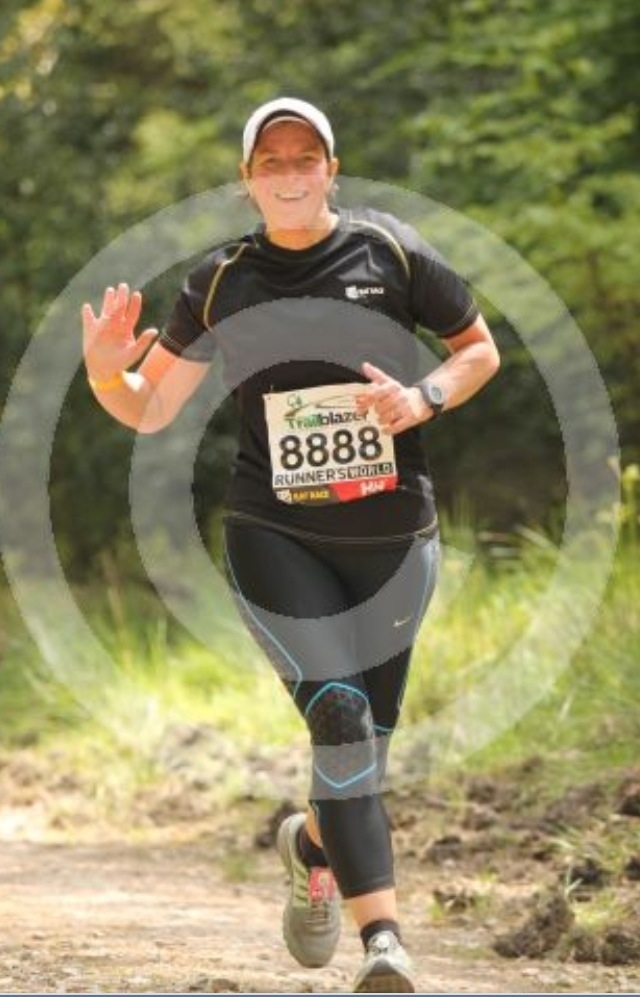