Not only was there 50 shades of mud from coffee creme to dark rich peat, there were also a dozen types of mud we encountered on the 5 mile trail loop that we were running around for 24 hours.

The previous two years we have basked in sunshine and had dusty dry trails to run around. This year we coincided with Glastonbury and it was a whole new swamp festival. Endure24 was Glastonbury for runners. We were clad in Lycra, trail shoes plus traditional mud & rain accessories of flip flops, Crocs and wellies worn by all.

On arriving Friday lunchtime to set up in an already bustling campsite the trail was in relatively good shape. The advance party of myself, Pat & Emma had dinner in the marquee, Pimms outside the tent, walked the first kilometre of the lap and all was looking good. The dark clouds seemed to hover on the horizon but kept away from us.

Vic & Helen arrived around 8am as the advance party was emerging from our tents, Calne Cruisers team was complete and back for a third year of running. This year no watches, GPS’s, obsessing with the time sheets, so no stress just fun fun fun with friends in the forest.

Camp was just set up and then the thunder and lightening descended upon Wasing Park, let the mud bath begin. My trust 15 year old Coleman tent sprung a leak, so I flung a fly sheet from a spare tent over the top and we remained dry for the rest of the weekend. Aparently many new tents also leaked due to the weight of the pooling water. As we headed for race briefing the sun appeared, as captain I was lead runner so join the masses. Over 2000 runners this year, quite a growth from two years ago with around 400.

12:07 and we were off, the delays was for safety reasons as lightening still in the area and we heard Glastonbury or sister mud bath had closed its stages down due to electrical storms for two hours.

Hundreds of runners headed up the first 1km incline, the bullocks as curious as ever but safely behind three strands of barbed wire fencing so no chance of breaking through this year to join us on course.

Then the heavens opened and the downpour began. Turned out that of the 5 laps I did all but the last one was in a downpour. Not just drizzle
but big fat rain drops the size of grapes accompanied by rumbling thunder. My team mates landed lucky and two even got all their laps in the dry.

The grassy trail was no longer green but various shades of mud. We had your classic sticky brown mud, through to dark rich moist peat, ankle deep puddles the size of a double duvet were the colour of builders tea. There were ginger coloured sloppy clay sections nicely located on a hill, just after the water station we had about 100meters of grey porridge like mud that resembled a Bush Tucker trial from I’m A Celebrity Jungle program.

Myself, Vic, Pat & Helen all managed to get 5 laps, 25 miles on the board and Emma on her first trail run in road shoes clocked up an impressive 20 miles. The lap this year was different to previous years with more running in the forest and less on the field. The conditions made running times slower by upto 10 minutes per lap especially as the time ticked by and 2000 pairs of feet hammered the trails.

The race village was buzzing throughout, the colourful flags flying, music pumping, hot food & showers throughout the night. The loos were pumped and cleaned, restocked with loo roll and the feed station had a variety of energy bars, Cliff BLOKS, gels to keep us going. The marshals were fantastic as ever and the fairy lights and glow sticks around the course made it a fantastic forest adventure. Mizuno sponsorship has grown with the event and added nice touches like inflatable arches and teams.

It was without doubt the toughest running event I’ve done, down to the weather conditions. Yes I was soaked every lap, but didn’t get cold as it stays remarkably warm in the forest even at night. It took two washes form my running kit and three for my socks to get them clean of mud, grit, gravel and sand. My trail shoes are slumped by the back door stinking & steaming !

It’s amazing what you can do and push your body through on just four hours sleep. Whilst I was in safety mode and not wanting to chance a twisted ankle or worse at just three weeks to ironman UK I took it steady and walked when necessary – rutted trail, steep slippy hills, ankle deep bog, narrow lumpy bends. It was a good solid training session for me, I’d saved my weeks running for this weekend and was good to run when the body & head were tired.

Tents dried and repacked ready for next year. Kit washed. I’ve eaten none stop. Very tired but loved every minute of the 24 hours

This event has grown but not been compromised. Calne Cruisers will be back for a fourth year in 2015 to enjoy and endure 🙂 Great green technical T-shirt and a good solid lump of bling for our efforts.

Thanks to Chris & Claire for organising such a great event, all the marshals, medics and supporters and big respect to the solo runners who I tried to support and chat to as many as possible on route especially in the dark early hours. 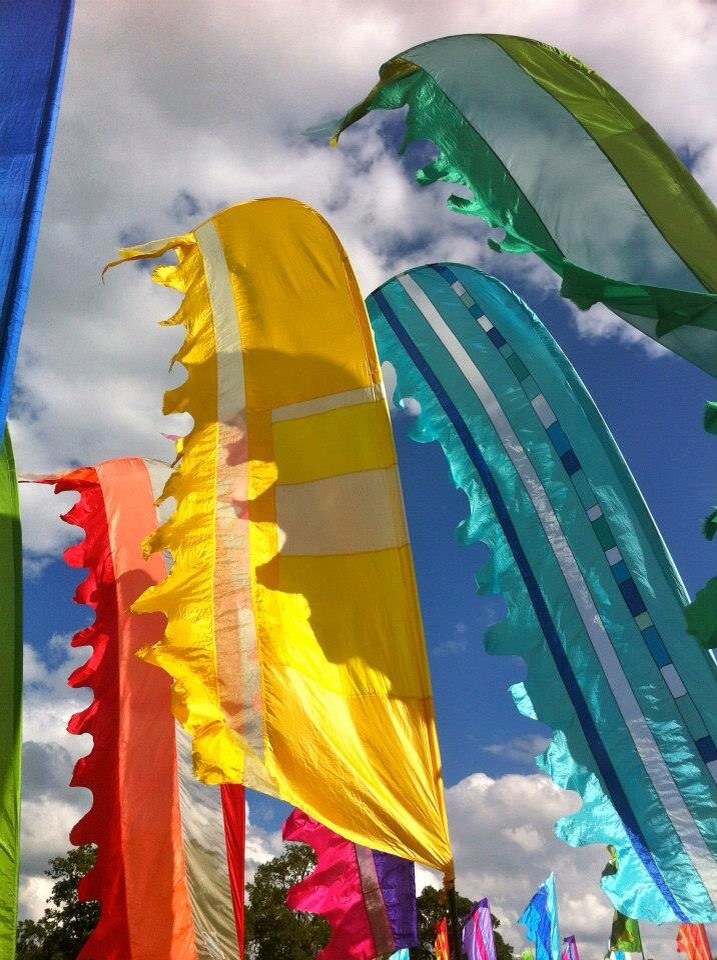 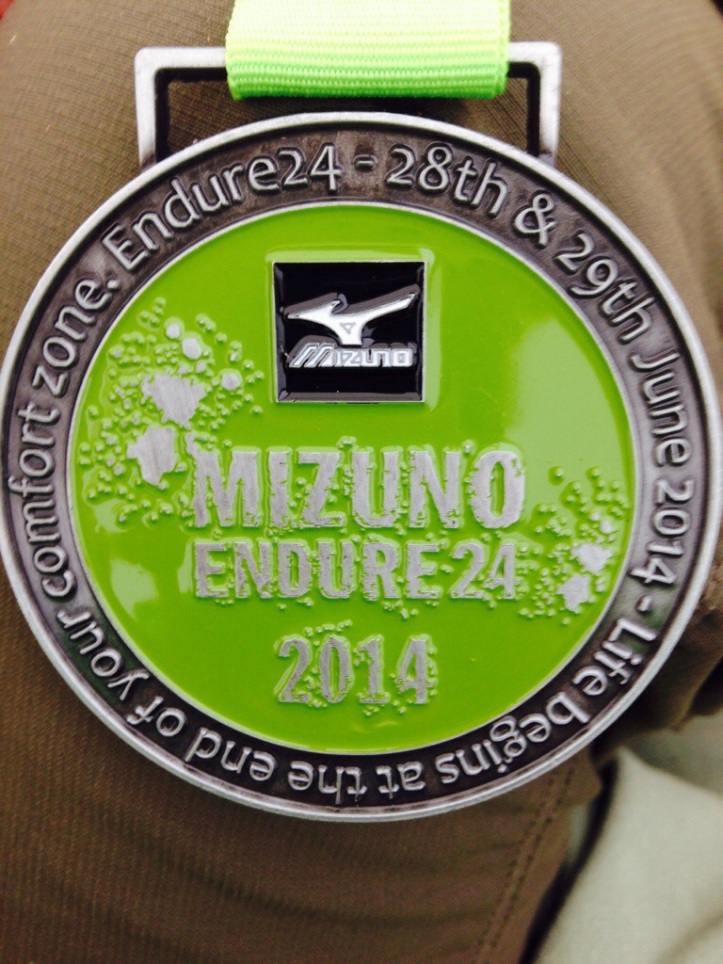 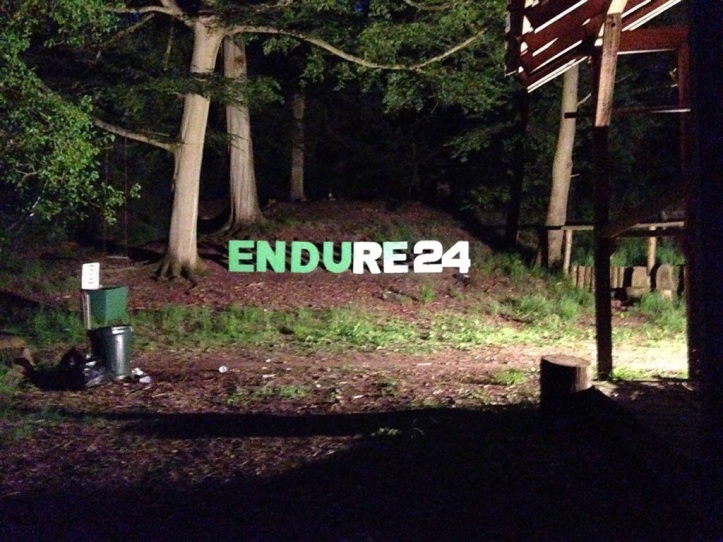 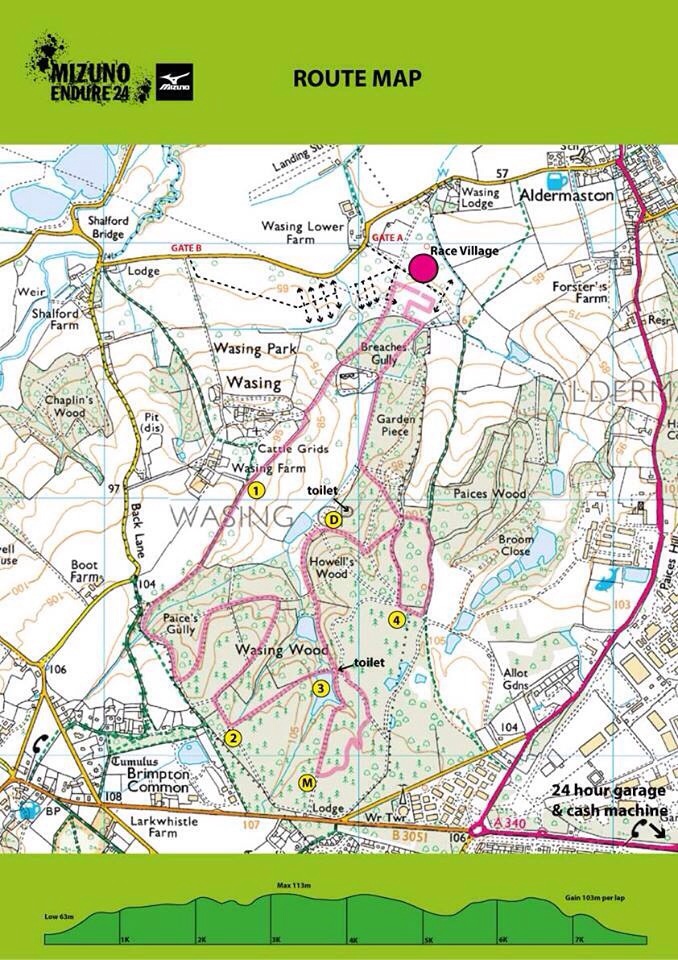 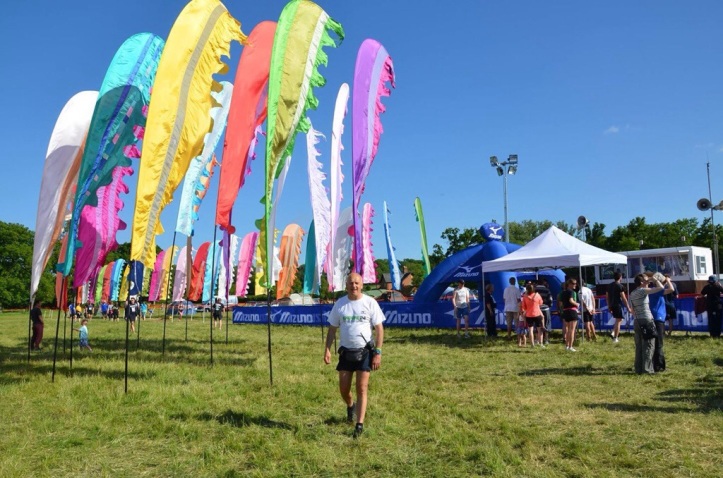 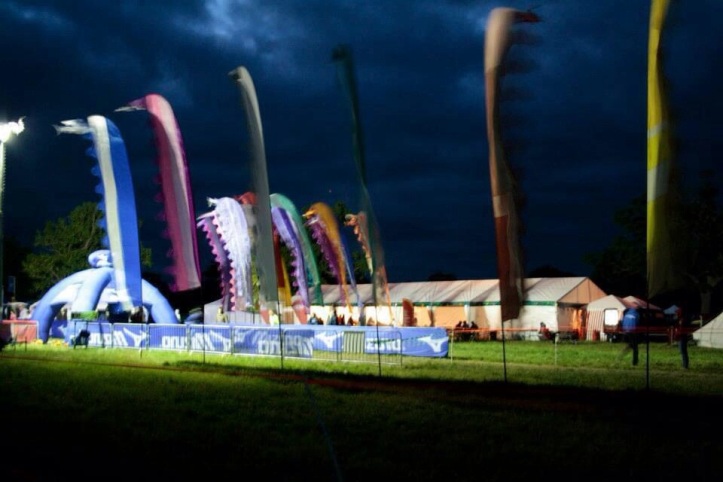 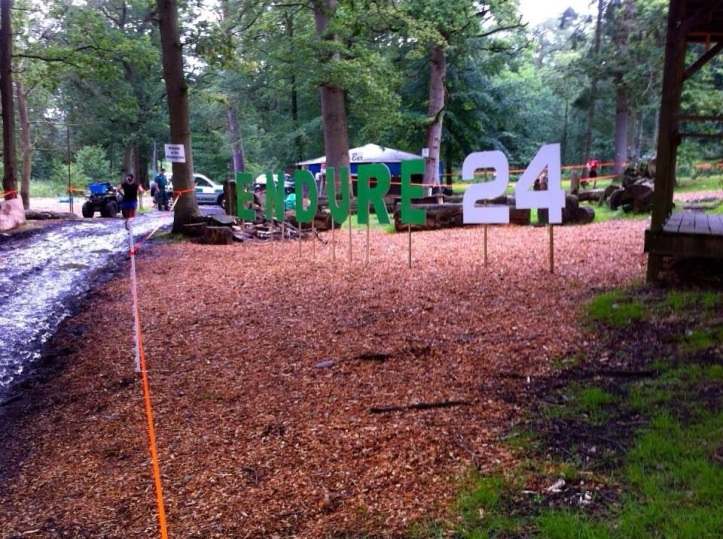 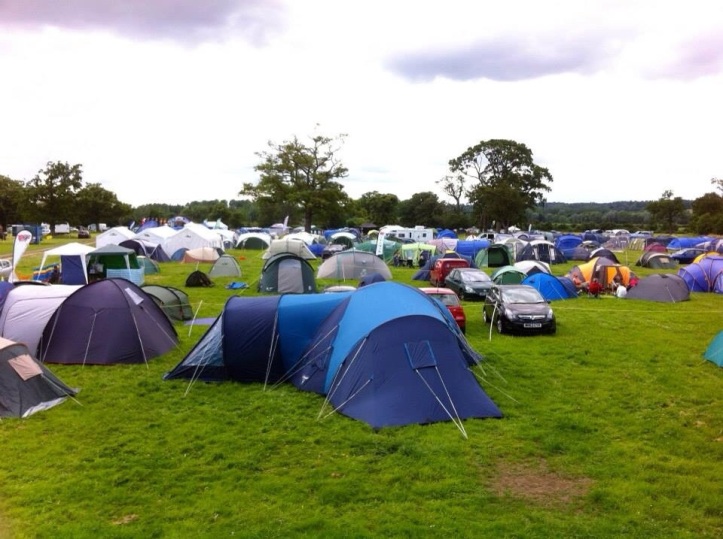 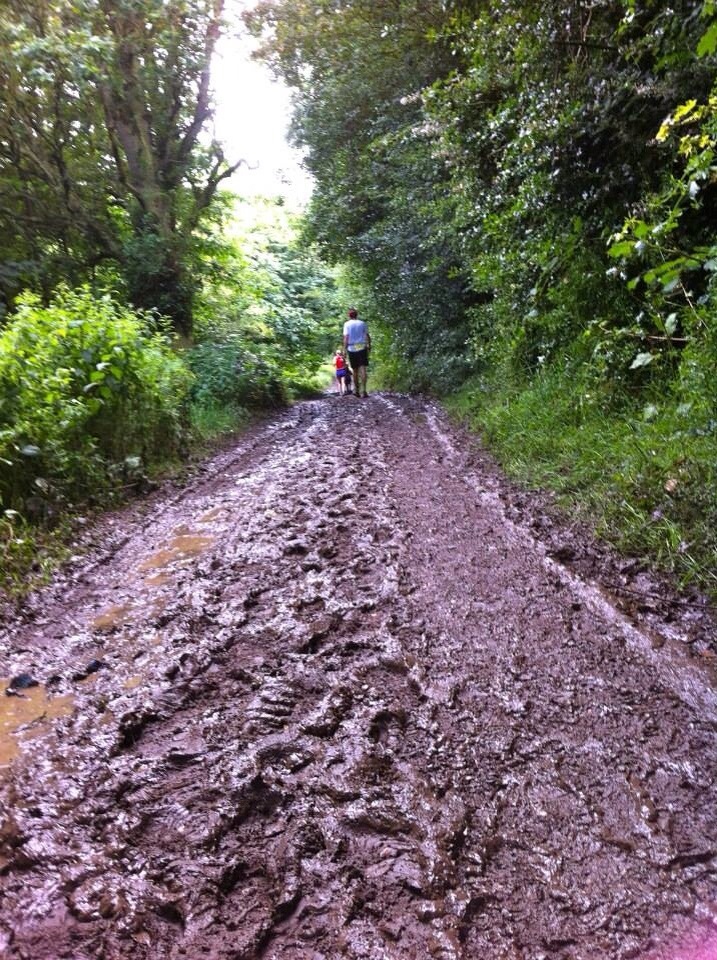 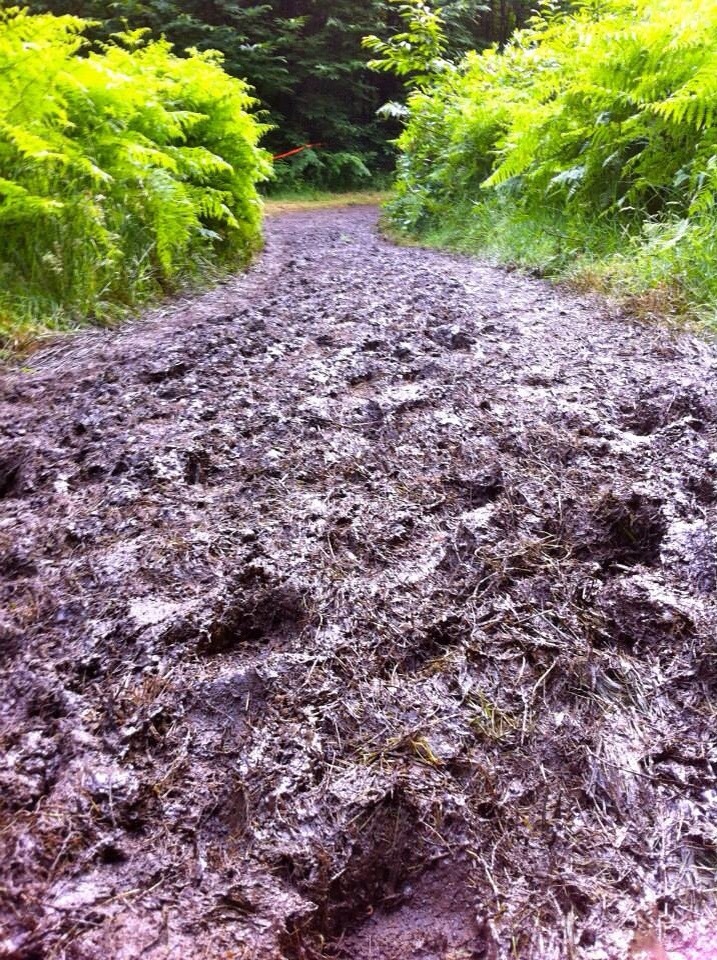 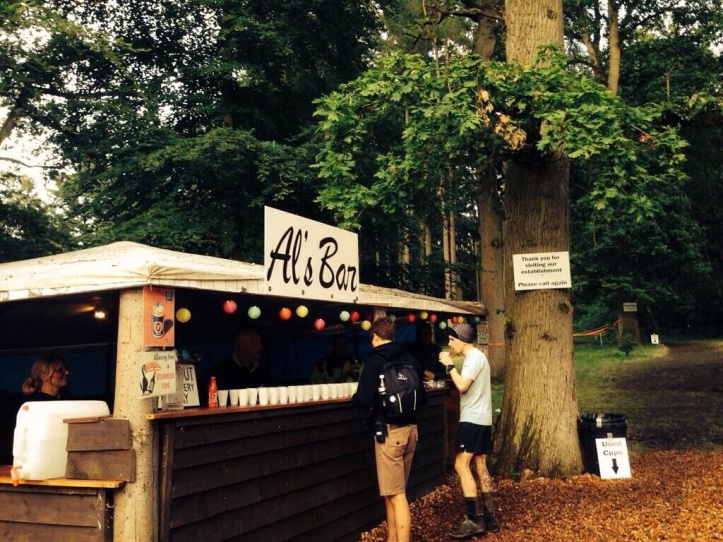