Deaf Dog & Wheezy Woman – whats next for us ?

My favourite four paws Jango and myself have both recently received diagnoses for health matters. He’s had a couple of vets confirming he has started to lose his hearing even though he wasn’t quite 3 years old. At the other end of the age range I’ve been diagnosed with late onset Exercise Induced Asthma. Both our conditions started to show around April this year.

Jango deaf dog– he’s our lovable, loopy full of life Springer Spaniel that turned 3 years old this summer. At first we thought he was going through a teenage strop and ignoring us when we called him, my husband more so than myself. Also he was still squatting to wee like a girl, not actually a bad thing as not marking his territory. But he was still being car sick, often not making it more than a mile from home before losing his last meal.

We took Jango and our puppy Roxy on a family day out to a local dog show and took advantage of a vets free health check. After totally ignoring the dummy launchers, generators and other showground noises we found the vets. A few sounds tests which he mostly ignored and then a full check inside his ears revealed no infection or surface scarring, the damage was deep inside, a genetic problem in his middle ears. This explained the carsickness and not cocking his leg – balance was an issue for him.

A month later when I took him for his annual jabs & check up I mentioned to the vet who did similar hearing tests and came to the same conclusion he has a middle ear issue and has approximately 30-40% of his hearing. No idea if he will go totally deaf or just have impaired hearing. I let Wiltshire Police know as he was originally going to be a sniffer dog but that didn’t work out too well – he didn’t like the training facilities ! The two dog Sgt of Wiltshire & Gloucester both said he would have been medically discharged as a deaf police dog is no use, poor Jango.

Currently we are practising hand signals and using the loudest, highest pitched whistle we have found. Although we only have two signals so far  – hand out with palm raised for sit & stay, then the scarecrow where I stand in the field with both arms out for come. The farmer is offering to rent my services in his barley field ! Any other suggestions welcome.

The most caring comment I had was from my nephews and nieces when they came to stay, I explained Jango was deaf and may not come to you when you call him. They said when Autumn my eldest niece next gets new hearing aids then Jango can have her old ones ! 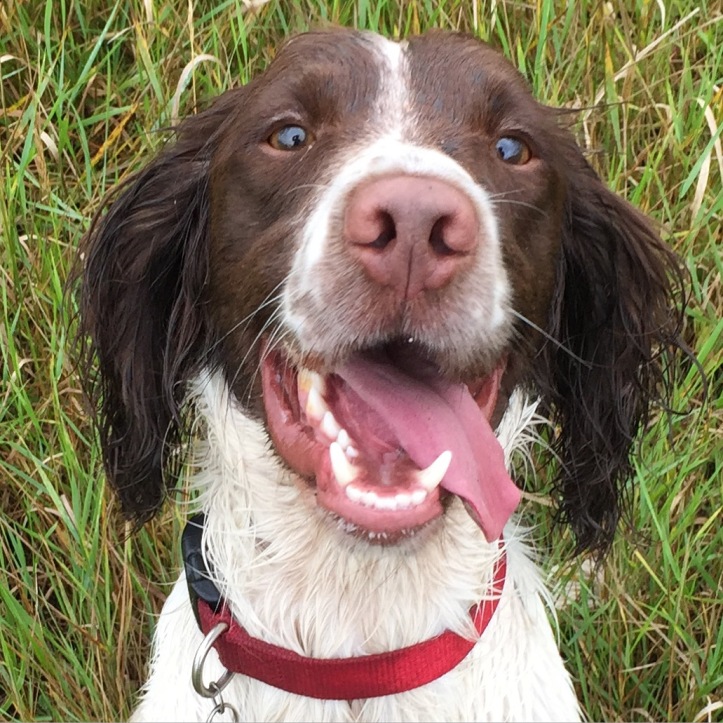 Myself Wheezy woman- A couple of weeks after Outlaw long distance triathlon where I ended up walking the last 12 miles I just didn’t seem to be recovering and was getting out of breath walking Jango across the fields. Race report here which should have been a clue to my issues as it turms out it was probably my first asthma attack – coughing, wheezing, tight chest, trouble breathing it was all there.

After days of trying to get a doctor’s appointment in summer holidays with no luck, a friend asked had I thought it could be asthma ? and to call Asthma UK free helpline 0300 222 5800.

Having spent 45 minutes talking through races, training and symptoms this year with the Asthma UK nurse she said most likely from what I described I had exercise related asthma. I was to write-up in a time line all symptoms, environment & exercise that could be asthma related before I saw my own doctor as I’d likely just get a 10 minute appointment to explain.

Up until this point I had not linked any of my below par performances, slow recovery and symptoms but had many reasons in my mind why I was struggling and not getting PB’s even though I knew I had been doing the training. My list of reasons included the two chest infections I had in April & beginning of July, cold wet & windy conditions on the bike, hilly tough cycle & trail courses, hayfever and the one I laugh the most at myself now is when I blamed a new sports bra being too tight 🙂

Having no luck getting doctors appointments I then ended up camping at the surgery as I had contact 5 times within a week. Seems I’m in the system now and very  thankful for the excellent NHS service I have received so far from diagnosis. First a phone consultation with my doctor who asked that I got into surgery with the next hour, saw a respiratory nurse who gave me an inhaler prescription & peak flow meter telling me to record levels throughout the day and use inhaler as necessary this was Tuesday, at 7:30pm on Friday night I got a phone call from the asthma nurse at  doctors to see how I was getting on with my inhaler, should I be concerned or relieved about the level of contact and care I was receiving ?! I then donated four large test tubes of blood for a full scan & testing, on Wednesday I was with the asthma nurse for an hour completing a spirometry test, asthma risk assessment and checking my inhaler use. I was often squirting my tounge when not using the spacer, but apparently this just needs practise.

Well what a difference a little blue inhaler makes, whilst I know I have lost a fair amount of fitness in the last 7 weeks from lack of exercise and training. By using my inhaler I have since been able to run 6 miles none stop, ride my bike without wheezing & coughing and continued to walk Jango across the fields just like before.

I have a follow-up doctors appointment where she will check my peak flow readings, inhaler use, symptoms & exercise – all conveniently recorded on an APP which I email to the doctor. She will also check the blood test results and decide if I need an ECG, chest x-ray and or another spirometry test. Then will prescribe the best medication going forward.

I have accepted my triathlon season is over and pulled out of Weymouth 70.3 in September, but have signed up for a 50 mile sportive in September and a half marathon in October to get me focused and back into consistent training without interruptions. 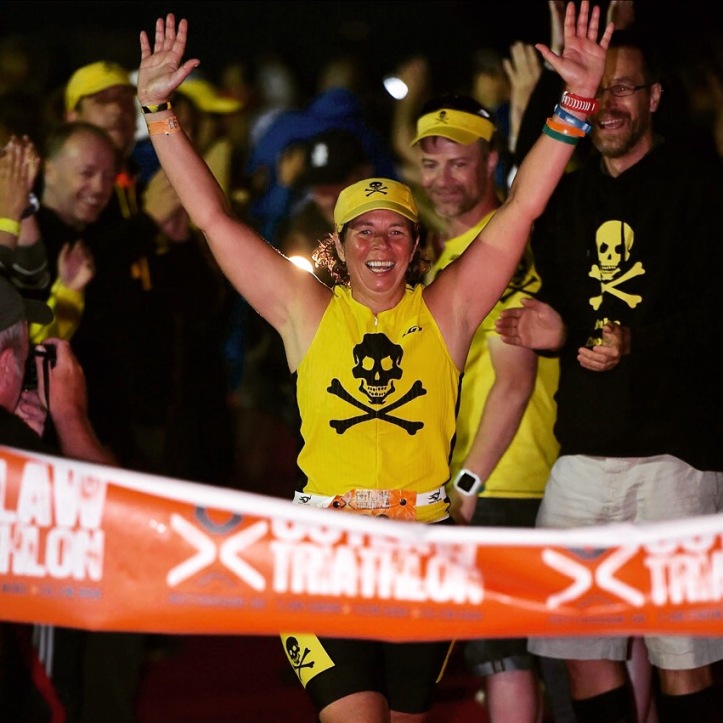 Live, breath, enjoy  – asthma will not stop me doing what I love and I hope to come back in 2017 as faster, fitter asthma athlete. I’m in good company Wiggins, Froome, Paula Radcliff and nearly 10% Olympic athletes.

So whats next for Jango & I ?
When the weather cools down we are going to try our hand & paws at Canni- X.
He will be on a harness so no worries about wandering off and not hearing cars. It will be good off-road running training for me. So hopefully a win win for us both with a new focus together as we learn to cope with our newly diagnosed issue. 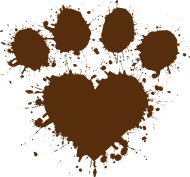